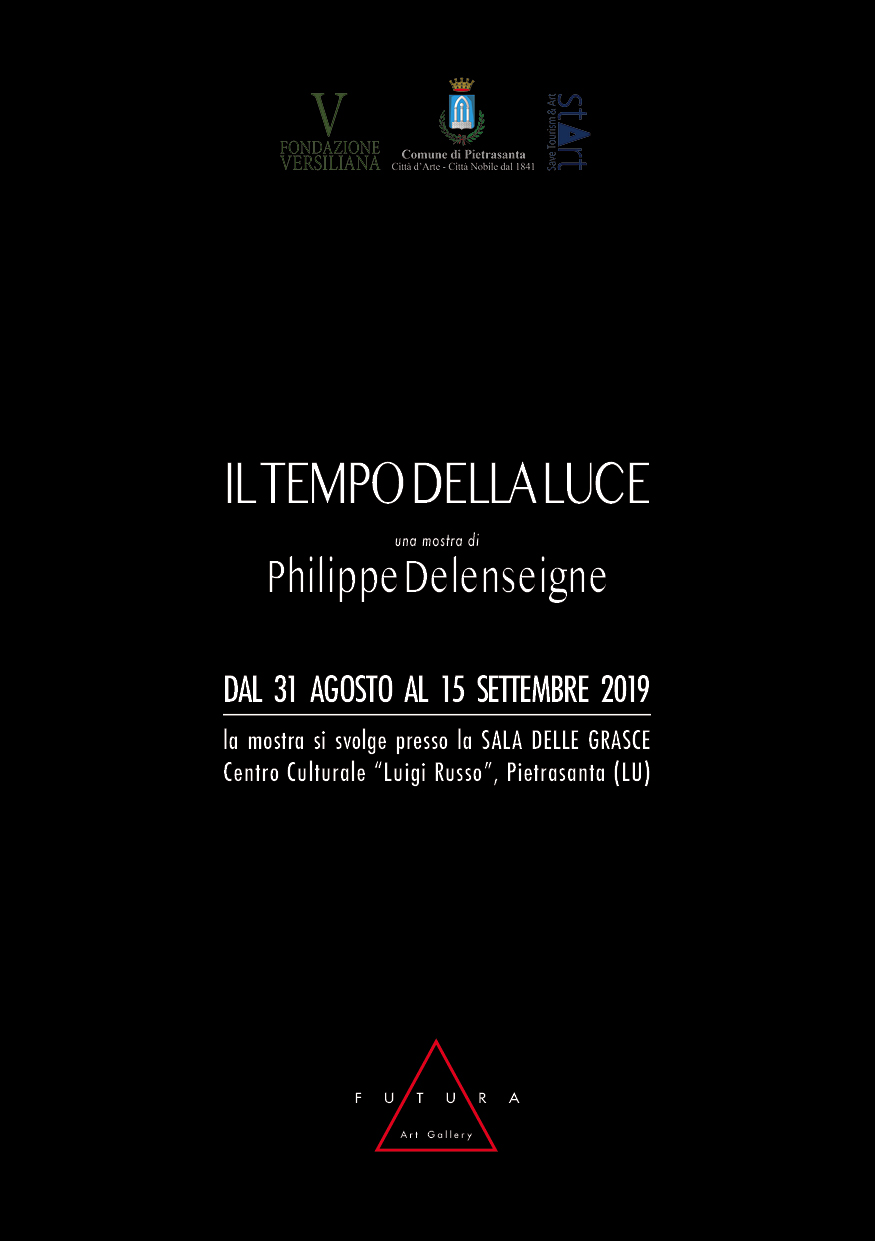 The public is offered a path marked by six stages, six frames of a sequence that is both aesthetic and conceptual. On black surfaces are projected various reflections of a circular shape that evoke, in a simple but explicit way, images and suggestions linked, in shape and dynamism, to the rise and throb of life, to the relationship and coexistence of multiple entities, to the transformation and evolution of reality under the action of time and external intervention. Images that, immersed in darkness, generate suggestions and memories.

And it is precisely from the darkness that the universe, the galaxies and the life of the single individuals are generated. The darkness, represented by the black color, evokes a sense of emptiness, unknown perfectly balanced by its opposite, the white, symbol of light that pierces the darkness.

The alternation of darkness with light, of day with night, the succession of seasonal cycles as well as the temporal scanning of human occupations, set the rhythm of life, forcing each creature, more or less consciously, to feel the deep link with the temporal dimension, its being in time.

The installation on show offers us an artistic representation of this complex theme, the result of long experimentations by the artist on the play of light and reflections that are generated on an object hit by light. The viewer is brought into an almost dreamlike dimension, where his attention no longer concentrates on the object and its form but rather on its reflections.

Born in Calais in 1971, Delenseigne became a self-taught artist, immediately showing an eclectic interest in various techniques and experiments: painting, sculpture and video-art. Hence the study and use together with traditional materials such as marble and bronze, of others less conventional, such as resins and vinyl glues, with which the artist creates compositions endowed with a particular originality and suggestion.