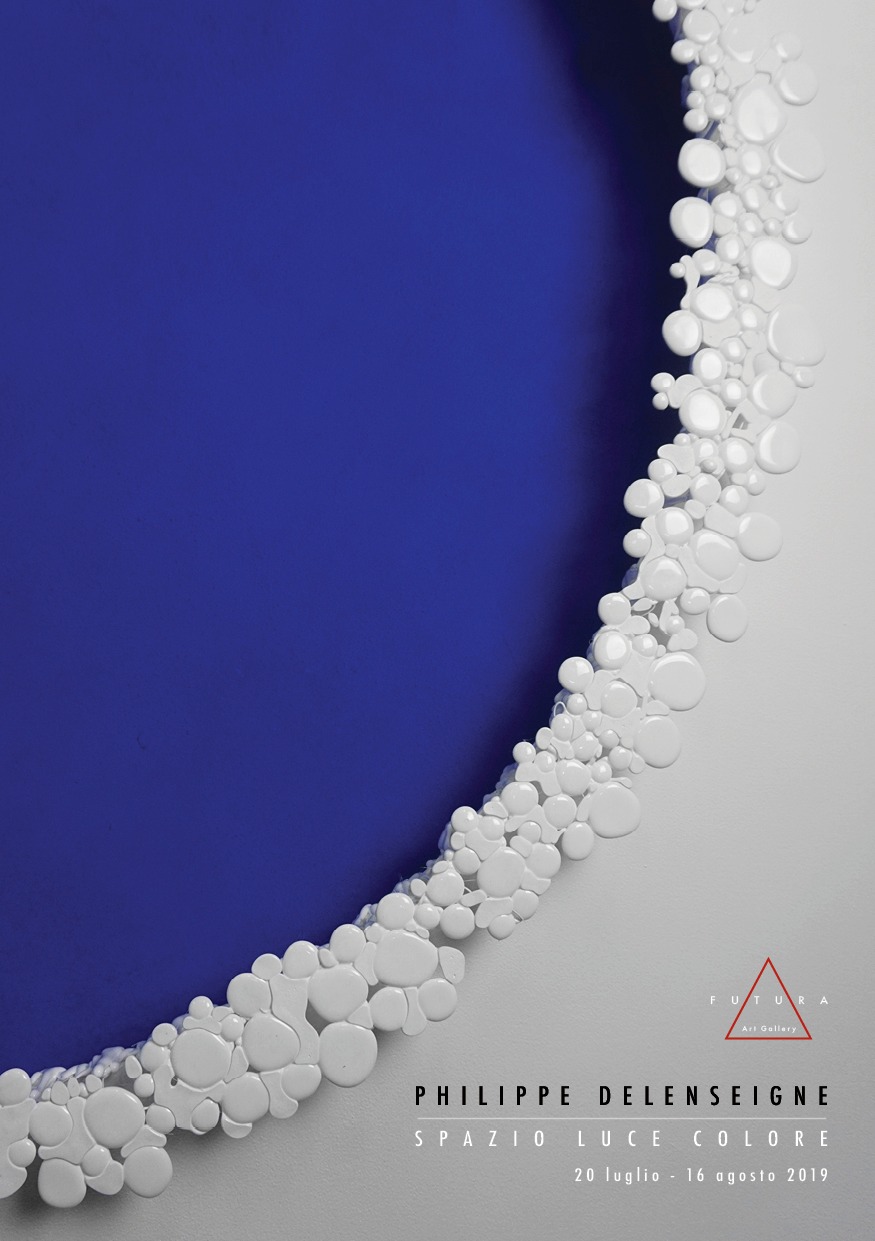 Saturday, July 20 at 7:00 pm, Futura Art Gallery presents the solo exhibition of the French artist Philippe Delenseigne entitled "Luce Spazio Colore" An anthology of his most relevant and characteristic works in which, through a conceptual reflection, he organizes his own work elaborating solutions that always induce new and different paths of meaning.

The works on display, halfway between painting and sculpture, are performed thanks to the use of hot glue. These drops or tears of glue represent a metaphor for human existence. Each individual, in his painful solitude, shares the same fate with others: as a drop of water, it will evaporate, rise to the sky to fall back into the sea feeding the great river of life.

Some formal elements recur in Philippe Delenseigne's production, such as the circle and the square: symbolic forms chosen for their evocative power. The circle indicates perfection, homogeneity, the absence of division and distinction. Among the geometric figures it represents all that is heavenly: the sky, the soul, God. These symbolic figures in Delenseigne's works open as doors or windows now on the infinite (blue), now on the absolute (gold), now on passions (red), now on death (black). Gaps thanks to which the representative space opens up on an elsewhere and on whose limits individual existences congregate, like infinite drops,: eternally suspended and poised, in an attempt to bridge the divide that has arisen, in the course of history, between man and nature, between subject and object, between reason and passion, between human and divine. Thus Delenseigne offers us a simple and profound image of the world, a lucid representation of our life and of what we ultimately are, creating incisive and direct compositions that lead us back to the very essence of the human condition.

Born in Calais in 1971, Delenseigne became a self-taught artist, immediately showing an eclectic interest in various techniques and experiments: painting, sculpture and video-art. Hence the study and use alongside traditional materials such as marble and bronze, of others, such as resins and vinyl glues, with which the artist creates compositions endowed with a particular originality and suggestion.